1Then I saw another sign in heaven, great and amazing, seven angels with seven plagues, which are the last, for with them the wrath of God is finished. 2And I saw what appeared to be a sea of glass mingled with fire—and also those who had conquered the beast and its image and the number of its name, standing beside the sea of glass with harps of God in their hands. 3And they sing the song of Moses, the servant of God, and the song of the Lamb, saying, “Great and amazing are your deeds, O Lord God the Almighty! Just and true are your ways, O King of the nations! 4Who will not fear, O Lord,
and glorify your name? For you alone are holy. All nations will come and worship you, for your righteous acts have been revealed.” 5After this I looked, and the sanctuary of the tent of witness in heaven was opened, 6and out of the sanctuary came the seven angels with the seven plagues, clothed in pure, bright linen, with golden sashes around their chests. 7And one of the four living creatures gave to the seven angels seven golden bowls full of the wrath of God who lives forever and ever, 8and the sanctuary was filled with smoke from the glory of God and from his power, and no one could enter the sanctuary until the seven plagues of the seven angels were finished. 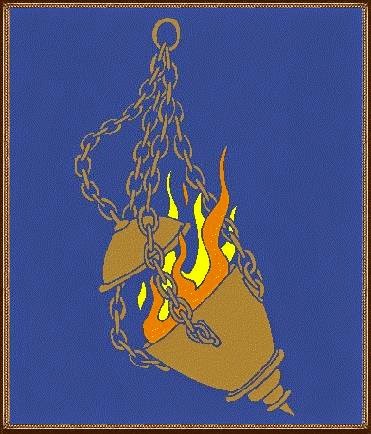 This time, the stage for the final battle is the sea of glass. Those Christians who have passed before us are the witnesses to this final battle and stand with harps in their hands, ready to sing praises to God who is victorious. The imagery is reminiscent of the story of Moses and the Children of Israel being freedom from Egyptian slavery. They too sang a great song of celebration after they were miraculously spared by the parting of the Red Sea. It is also interesting that the “sanctuary” mentioned is not the grand Temple of Solomon, but the Tent of Meeting that the Children of Israel built by God’s instruction and carried around during the desert wandering. This is the sanctuary from which the seven angels appear.

This introduction to the final vision harkens back into the Old Testament while maintaining the victory of the Lamb, Jesus Christ. The battle will be fierce and God’s people will face death. It will look like evil has conquered. But that is not the case and despite suffering God’s triumph is certain. That truth is where we need to stand every moment of every day. God’s triumph is certain. No matter how bleak things look, even if we should die, God’s triumph is certain. Even as I write these words the lyrics to Third Day’s new song Victorious run through my spirit. They captured the ideas found here in Revelation 15 pretty well.