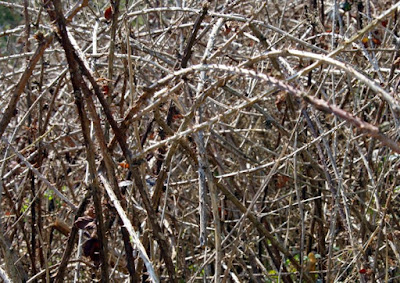 Gideon’s poor choice to have numerous women in his life comes home to roost. Producing 70 sons proves to be a problem when he dies as the void in leadership now must be filled. Gideon’s liaison with Shechemite woman produced a son, Abimelech, who now rises to the surface to grab the role of “king” (which wasn’t being offered). He reveals his true nature right from the start as he goes into the surrounding area, rounding up Gideon’s sons and executing them all at the same time. A pure power move. One son, Jotham, escapes by running into the hills and is spared Abimelech’s axe.

Abimelech achieves this goal by hiring his relatives, creating a band of men who are willing to act as his henchman. The Hebrew refers to this group of men as “empty and reckless.” You mind can almost imagine this group of guys just looking for something violent to do. After the slaughter, we find the one remaining son of Gideon speaking prophetically to the followers of Abimelech using a fable. He calls Abimelech a “bramble king”. Most likely, this tale was presented in the form of a song or ballad. Using trees as his foil, he describes three trees that would be suitable leaders for this imaginary nation of trees. Abimelech fits none of the first three categories. Instead he is called “bramble” which is only useful as kindling. In the end, Jotham’s predictions about Abimelech’s “reign” are 100% accurate.

I’m struck by the fact that Gideon left behind a (huge) family who fell victim to his willingness to mix idolatry and worship of the True God. Had they not been so willing to lean into idolatry, perhaps the atmosphere would not have been as conducive to Abimelech’s maneuvering. In the end, their lazy approach to God ended in major bloodshed and the creation of a leadership vacuum. No where do you see God’s approval on any of this. Clearly, they were completely void of God’s voice except for Jotham’s fable.

These real-world stories of the perils of idolatry need to be attended to by our generation as well. I know the Old Testament seems to be telling the same story over and over; that is because we are so slow to learn the lesson. The entirety of Judges seems to bear that fact out for us. When I read these stories, I am yet again encouraged to examine my own life and seek out idols I might wish to hide or may not even recognize. I guess vigilance is completely necessary.