17When Pharaoh let the people go, God did not lead them by way of the land of the Philistines, although that was near. For God said, “Lest the people change their minds when they see war and return to Egypt.” 18But God led the people around by the way of the wilderness toward the Red Sea. And the people of Israel went up out of the land of Egypt equipped for battle. 19Moses took the bones of Joseph with him, for Joseph had made the sons of Israel solemnly swear, saying, “God will surely visit you, and you shall carry up my bones with you from here.” 20And they moved on from Succoth and encamped at Etham, on the edge of the wilderness. 21And the Lord went before them by day in a pillar of cloud to lead them along the way, and by night in a pillar of fire to give them light, that they might travel by day and by night. 22The pillar of cloud by day and the pillar of fire by night did not depart from before the people. 14:1Then the Lord said to Moses, 2“Tell the people of Israel to turn back and encamp in front of Pi-hahiroth, between Migdol and the sea, in front of Baal-zephon; you shall encamp facing it, by the sea. 3For Pharaoh will say of the people of Israel, ‘They are wandering in the land; the wilderness has shut them in.’ 4And I will harden Pharaoh’s heart, and he will pursue them, and I will get glory over Pharaoh and all his host, and the Egyptians shall know that I am the Lord.” And they did so. 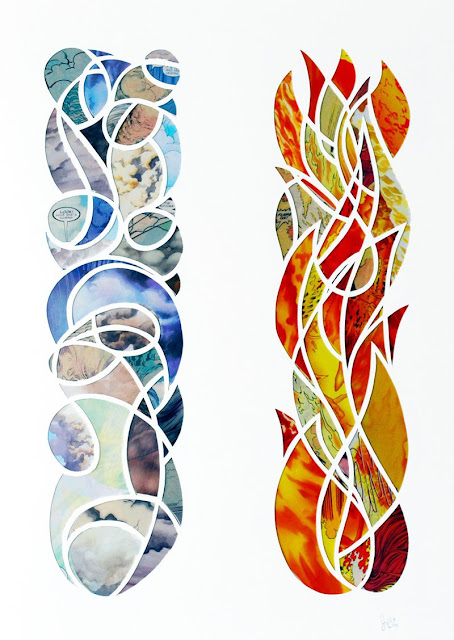 The Children of Israel have been freed from their bondage. They are no longer the slaves of Pharaoh but not the servants of the most High God. God doesn’t cast them out in the desert and into the unknown without Him though and in these few verses we see that God always cares for His people in the most perfect of ways.

First of all, God doesn’t allow the Hebrews to take the short route. That would be unwise because they will immediately face massive problems and probably war because the “short route” would take them right into Philistine territory and they are in no way prepared to face a war. God is of course prepared to deal with that for them, but they would naturally allow their fears to overwhelm them and may just head back into the hands of the Egyptians, thinking it better to be a slave than dead. The NIV and ESV both say “they were equipped for battle” but that might not be the best way to translate that. These were a people who knew how to make bricks, not act as soldiers. They probably didn’t even have weapons.

The Hebrew actually says, “The Israelites went up out of the land of Egypt organized by fifties.” Fifties were one of the smallest fighting units, what might be called today “squads.” The term does not literally refer to groups of fifty men but is part of the “thousand-hundreds-fifties-tens” language employed to delineate military units. The Israelites were at this point not armed at all. Formed up for battle they may have been—after a fashion. Trained for battle, however, they were not. There had been no permission or opportunity for learning martial arts under the Egyptians, and the fact that Israelite men could count themselves into (unarmed) squads did not mean they were in fact a capable fighting force on their own.
Stuart, D. K. (2006). Exodus (Vol. 2, p. 324). Nashville: Broadman & Holman Publishers.

So God leads them into the Sinai where they would not run into immediate battles. The second thing that God does for them is provide a visual presence for them so that they would know with certainly God was with them. He appeared to them in a pillar of cloud and fire, thus making Him visible by day or by night.  You have to admit, that would be pretty cool. For these people who are really in their spiritual infancy, this was perfect. They are still getting to know their God and He is proving to be amazing. That God would stay with His people and not capriciously leave them was also not a part of the pagan beliefs of the people groups in the area at that time. They believed the gods would come and go at will. You couldn’t ever truly trust that they would be there for you. Yahweh is proving Himself to be completely different from what the Hebrews had learned of the Egyptian gods.

I confess that God has never appeared to me in a pillar of cloud and fire. Instead He has chosen to indwell me through the power of His Spirit. I may not be able to see Him (for that might overwhelm the system if I could!) but I do know He is there and I count on Him. There is much in life to count on Him for and I can see no alternative to trusting in Him for the Philistines of the world are still strong and they have the power to beat me up if I go it alone. So – I’m going to hold on to Him for today.