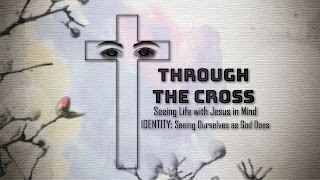 Genesis 45:1-15
1Then Joseph could not control himself before all those who stood by him. He cried, “Make everyone go out from me.” So no one stayed with him when Joseph made himself known to his brothers. 2And he wept aloud, so that the Egyptians heard it, and the household of Pharaoh heard it. 3And Joseph said to his brothers, “I am Joseph! Is my father still alive?” But his brothers could not answer him, for they were dismayed at his presence. 4So Joseph said to his brothers, “Come near to me, please.” And they came near. And he said, “I am your brother, Joseph, whom you sold into Egypt. 5And now do not be distressed or angry with yourselves because you sold me here, for God sent me before you to preserve life. 6For the famine has been in the land these two years, and there are yet five years in which there will be neither plowing nor harvest. 7And God sent me before you to preserve for you a remnant on earth, and to keep alive for you many survivors. 8So it was not you who sent me here, but God. He has made me a father to Pharaoh, and lord of all his house and ruler over all the land of Egypt. 9Hurry and go up to my father and say to him, ‘Thus says your son Joseph, God has made me lord of all Egypt. Come down to me; do not tarry. 10You shall dwell in the land of Goshen, and you shall be near me, you and your children and your children’s children, and your flocks, your herds, and all that you have. 11There I will provide for you, for there are yet five years of famine to come, so that you and your household, and all that you have, do not come to poverty.’ 12And now your eyes see, and the eyes of my brother Benjamin see, that it is my mouth that speaks to you. 13You must tell my father of all my honor in Egypt, and of all that you have seen. Hurry and bring my father down here.” 14Then he fell upon his brother Benjamin’s neck and wept, and Benjamin wept upon his neck. 15And he kissed all his brothers and wept upon them. After that his brothers talked with him.

Looking through the lens of the Cross of Jesus Christ, we are compelled to look at ourselves. What is our identity as people bought by the blood of the Savior? Who are we and how does Jesus show us these realities in His own life and how He lived here on the earth? The Bible provides these answers – but – we are quite often blind to God’s vision of us, or don’t agree with His conclusions about us. As a part of our identity, we carry with us parents, a spouse (maybe), children, grandchildren, siblings, friends, co-workers . . . all of them add to the melting pot which is our identity. Ultimately, we belong to God alone, for He made us, saved us, and will live with us forever. As you can see, when we stop to think about it, our identity is far-reaching and complicated.

Joseph (from Genesis, not the earthly father of Jesus) had a complicated family structure as a part of his background. He was the favorite son in a large, dysfunctional family. He had one sister (that poor woman) and eleven brothers! In these twelve men are the foundations of the 12 Tribes of Israel – the fathers of the Jewish people. But Joseph’s path was not an easy one. Because he was a bit spoiled by his father, he bragged a little too much and made his 10 older brothers angry. The Bible says they actually hated him; so much so that they were willing to sell him into slavery. The story is long and intensely interesting. By the time we get to Genesis 45, Joseph has great power in Egypt (where he was sold as a slave by his brothers!) as the Prime Minister, second only to the Pharaoh. God has given Joseph the gift of being able to interpret dreams. That gift is used to save Egypt and the surrounding countries from a terrible famine. The brothers who sold Joseph are then forced to seek food from Egypt (and Joseph). They do not recognize Joseph when they see him, and think that he is merely a powerful Egyptian official. They bow down to Joseph just as he had prophesied as a 17-year-old. Now 22 years later, the tables have turned. Joseph keeps his true identity a secret for as long as he is able to do so. God uses the evil intent of Joseph’s brothers to keep millions of people alive during the famine, not the least of which are his own family members.

The reading for today tells the story of the ‘big reveal’ as Joseph identifies himself to his brothers and a family is united. He hasn’t forgotten his true identity as a Hebrew man with 11 brothers. The 22 years he was apart from those brothers slides away as he embraces them again, with a forgiving heart and open hand.

When God’s plans are finally revealed there is a fantastic sense of understanding and relief. It is always a joy to release my plans from my hands in order to fully embrace what God wants to do. Suddenly, Joseph reveals his true identity and God’s plan is revealed. Now it is time to receive the abundant blessings that God always had in mind for His children. Because of his position as Prime Minister Joseph is able to provide an out-pouring of riches onto his entire family. Even though he is very old by this point in the story, Joseph’s father, Jacob, has been spared by God in order that he might see the incredible blessing knowing his son is actually still alive. Jacob was told Joseph was dead over 22 years earlier, and now his son is returned to him alive. Everyone stands amazed including us, the readers. This is because God is amazing. We don’t realize that sometimes because we don’t pay attention to Him. Maybe it’s time to give Him a chance to work His plan for our good. Our identity as His creation should never be taken lightly. As His creatures, we have been loved to the point of seeing the blood of Jesus shed for our sins, thus sealing our identity in Him.