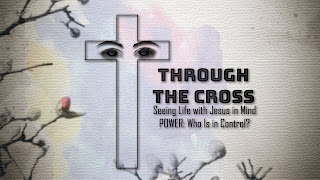 Isaiah 53:2-9
2For he grew up before him like a young plant, and like a root out of dry ground; he had no form or majesty that we should look at him, and no beauty that we should desire him.
3He was despised and rejected by men, a man of sorrows and acquainted with grief; and as one from whom men hide their faces he was despised, and we esteemed him not.
4Surely he has borne our griefs and carried our sorrows; yet we esteemed him stricken, smitten by God, and afflicted.
5But he was pierced for our transgressions; he was crushed for our iniquities; upon him was the chastisement that brought us peace, and with his wounds we are healed.
6All we like sheep have gone astray; we have turned—every one—to his own way; and the Lord has laid on him the iniquity of us all.
7He was oppressed, and he was afflicted, yet he opened not his mouth; like a lamb that is led to the slaughter, and like a sheep that before its shearers is silent, so he opened not his mouth.
8By oppression and judgment he was taken away; and as for his generation, who considered that he was cut off out of the land of the living, stricken for the transgression of my people?
9And they made his grave with the wicked and with a rich man in his death, although he had done no violence, and there was no deceit in his mouth.

As the All-Powerful Son of God hangs upon the cross, the words of Isaiah’s prophecy ring out in truth as they are fulfilled in dramatic and final fashion. We end this discussion of power as seen through the lens of the Cross, with words that must have haunted God’s people for 700 years, until they reached their fulfillment in Jesus Christ. I have often wondered if there was anyone present at the crucifixion who heard Isaiah’s words ringing through their hearts. There simply must have been.

Lent would not be complete without giving Isaiah 53 some meditation and prayer, for there simply is no more powerful and brilliant prophecy of our salvation through the sacrifice of Jesus Christ in all of Scripture. As we read this passage, our minds are filled with images of His suffering and death. We are placed at the foot of the cross to gaze upon the most powerful event in human history.

Too numerous to mention here are the dozens of references made in the New Testament to Isaiah 52 and 53, either in extensive quotation or in small phrases. The fact that Christ fulfills this prophecy, written 700 years before His death is simply the work of God, giving us His Word through the Holy Spirit. Isaiah 53 is embedded into the very fabric of the New Testament. Most dramatically, we find the Ethiopian eunuch reading Isaiah 53 when he is miraculously joined and then converted by Philip. It was Philip’s joy to explain to this official that Jesus’ death and resurrection had to happen in payment for his sins. The recounting of that story in Acts tells us that the Ethiopian was reading from Isaiah 53:7-8, but didn’t understand it. God send Him Philip to show The Way.

Isaiah 53:7-8
7He was oppressed, and he was afflicted, yet he opened not his mouth; like a lamb that is led to the slaughter, and like a sheep that before its shearers is silent, so he opened not his mouth.
8By oppression and judgment he was taken away; and as for his generation, who considered that he was cut off out of the land of the living, stricken for the transgression of my people?

In Deuteronomy, we find God telling the Israelites exactly what would happen to them should they neglect God and follow after other gods.

Deuteronomy 28:58-61
58“If you are not careful to do all the words of this law that are written in this book, that you may fear this glorious and awesome name, the Lord your God, 59then the Lord will bring on you and your offspring extraordinary afflictions, afflictions severe and lasting, and sicknesses grievous and lasting. 60And he will bring upon you again all the diseases of Egypt, of which you were afraid, and they shall cling to you. 61Every sickness also and every affliction that is not recorded in the book of this law, the Lord will bring upon you, until you are destroyed.

Isaiah 53 illustrates how Jesus bore exactly what God promised the Israelites they would receive should they turn away from God – which they did. The true Servant bears the curses Israel deserved, and in this way, He brings about healing for Israel and for the world.

Read the passage again, and you will find that it is written to be read in the present tense. The liberal use of “we” and “our” helps us connect with the Suffering Servant. He bore all of that for us, not them, or those people, but us. Our sins were on His shoulders. Our needs were at the forefront of His mind. The power of His death and resurrection alone grant our forgiveness and we receive that gift with joy.