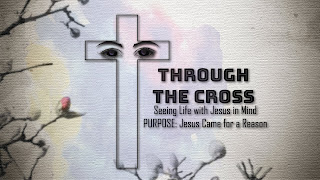 Philippians 3:8-14
8Indeed, I count everything as loss because of the surpassing worth of knowing Christ Jesus my Lord. For his sake I have suffered the loss of all things and count them as rubbish, in order that I may gain Christ 9and be found in him, not having a righteousness of my own that comes from the law, but that which comes through faith in Christ, the righteousness from God that depends on faith— 10that I may know him and the power of his resurrection, and may share his sufferings, becoming like him in his death, 11that by any means possible I may attain the resurrection from the dead. 12Not that I have already obtained this or am already perfect, but I press on to make it my own, because Christ Jesus has made me his own. 13Brothers, I do not consider that I have made it my own. But one thing I do: forgetting what lies behind and straining forward to what lies ahead, 14I press on toward the goal for the prize of the upward call of God in Christ Jesus.

Ah, a sports metaphor. My favorite. Well, not so much. But it does work to make the point. All of us know what it means to strive toward a goal. The conundrum comes in the fact that in this particular goal you will not win the prize until after you have passed from this life. But that isn’t the point. The point is the journey itself. How are we doing at this race? Here we are challenged to some mental focus, aligning our thinking with God’s, which can be a constant and never-finished straining forward toward that which God’s grace holds out to the believer in Christ. Once again Paul illustrates that holy tension that is at the core of the Christian life. We daily experience what it means to live right now but not yet.

As long as [believers] are in the world, they are like people who hold a title to property in a distant land. The title makes the property theirs, but the owners are not yet physically in possession of what rightfully belongs to them. Similarly believers, though they are possessors of eternal life by faith and have the righteousness of Christ, are still also sinners living in a sinful world. They have not yet arrived at the full, physical possession of the perfection of eternal life.
Kuschel, H. J. ©1986. Philippians, Colossians, Philemon (p. 75). Milwaukee, WI: Northwestern Pub. House.

One of the things about running, in a race or otherwise, is that you really don’t want to look backwards. That’s going to end in disaster, for you will at the very least lose time and even worse, you may trip and fall because you weren’t looking where you were going. To look backward is to lose focus. (Don’t get me wrong here. Looking back can instruct and inform our lives as we relive God’s victories and learn from our mistakes. This is a different emphasis.) And focus is the word here. When we remain fixed on Jesus and His will for our lives we cannot go wrong. When the fruit of His victorious resurrection is our goal, we will work diligently toward it. And here is where that already / not yet tension comes into play. We are here at God’s design. I know what my future holds because the God’s promises are sure. But I am here, on earth, because that is God’s will for me right now and so I will strive while I’m here to live as He calls; I will strive to bring Him glory even in this sin-filled world. I have a God-given purpose for being here.

Since Jesus walked the planet, we have been trying to add something to His work of salvation. Nicodemus flirted with having to crawl back into his mother’s womb to gain rebirth. The Pharisees believed with a passion that the keeping of the Law was the only way. And the Gnostics believe(d) you needed some additional special knowledge to gain admittance into the Kingdom of God. As Paul addresses the Philippians there is almost a lightheartedness to his words. But suddenly, with the beginning of this chapter we find a different tone. He takes on those who apparently are teaching the Philippians there are additional measures that must be taken to gain entrance into God’s Heaven. He has faced these heresies before and his message is the same for Philippi as it was for Galatia, “do not be fooled.”

While Paul doesn’t name them here, he is clearly addressing the teachings of the Judaizers; those who believed that to be a true Christian you had to come through Judaism, practicing all the rites and traditions of the Jews not the least of which was circumcision. But that understanding is dangerous and sullies the faith. Belief in Jesus Christ and His work on the cross is the ONLY necessary component for salvation. Our additional customs or traditions are worthless when it comes to our justification.

These Judaizers were a very real threat to the life and faith of the early church. They apparently established no congregations of their own but rather tried to worm their way into existing congregations. When Jesus died on Calvary and the temple veil was torn in two, all the ceremonial laws and regulations and their purpose came to an end. The Judaizers’ insistence on circumcision, therefore, had no promise of God connected with it. They had reduced circumcision to an outward, physical ritual that supposedly contributed to salvation. Such a circumcision, Paul said, was really only a physical thing, a mutilation. Those who relied on it as a meritorious act were not brought closer to God. They were actually farther removed from God than before. If the Philippians yielded to the Judaizers’ insistence that they had to be circumcised in order to be saved, then they too would be trusting in their own wretched works to be saved, not in Jesus alone. If they did that, they would lose their salvation.
Kuschel, H. J. ©1986. Philippians, Colossians, Philemon (p. 68). Milwaukee, WI: Northwestern Pub. House.

As Paul writes to the Romans, outward signs and symbols mean nothing to God. He is the master of what is going on inside of our hearts.

Romans 2:29
… and circumcision is a matter of the heart, by the Spirit, not by the letter.

It’s tempting to step away from this passage with a wave of the hand and say, “Oh, everyone knows this. Jesus is the only way.” But all too frequently I hear people describe the “additional” things they do to earn God’s favor. This is heartbreaking for those efforts are unnecessary and truly useless and will serve only to hurt your faith. In truth, it is only Jesus and His blood that can save. All else is vain effort.

In 2001 Keith Getty and Stuart Townend wrote the song In Christ Alone. This contemporary hymn has become a classic and will probably serve the Church for generations. I commend it to you today as a part of your devotional experience.

No guilt in life no fear in death
This is the power of Christ in me
From life's first cry to final breath
Jesus commands my destiny
No power of hell no scheme of man
Can ever pluck me from His hand
Till He returns or calls me home
Here in the power of Christ I'll stand
©2001 Thankyou Music (Admin. by Capitol CMG Publishing) CCLI#551204