Genesis 37:1-11
1Jacob lived in the land of his father’s sojournings, in the land of Canaan.
2These are the generations of Jacob. Joseph, being seventeen years old, was pasturing the flock with his brothers. He was a boy with the sons of Bilhah and Zilpah, his father’s wives. And Joseph brought a bad report of them to their father.
3Now Israel loved Joseph more than any other of his sons, because he was the son of his old age. And he made him a robe of many colors.
4But when his brothers saw that their father loved him more than all his brothers, they hated him and could not speak peacefully to him.
5Now Joseph had a dream, and when he told it to his brothers they hated him even more.
6He said to them, “Hear this dream that I have dreamed:
7Behold, we were binding sheaves in the field, and behold, my sheaf arose and stood upright. And behold, your sheaves gathered around it and bowed down to my sheaf.”
8His brothers said to him, “Are you indeed to reign over us? Or are you indeed to rule over us?” So they hated him even more for his dreams and for his words.
9Then he dreamed another dream and told it to his brothers and said, “Behold, I have dreamed another dream. Behold, the sun, the moon, and eleven stars were bowing down to me.”
10But when he told it to his father and to his brothers, his father rebuked him and said to him, “What is this dream that you have dreamed? Shall I and your mother and your brothers indeed come to bow ourselves to the ground before you?”
11And his brothers were jealous of him, but his father kept the saying in mind.

Joseph’s story has long been a favorite among Bible readers. It is so popular that a Broadway musical was written and first performed back in 1968. It’s really a pretty good show and still plays today in various venues around the country. I saw it in 2005 in Branson, Missouri. 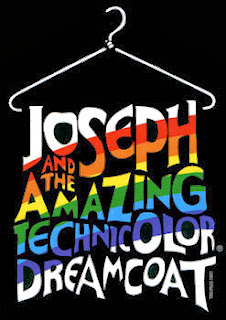 Genesis 37 launches his story and it doesn’t end until the final chapter (50) of the book. His story gets a lot of ink! Our introduction to Joseph in very informative. Our first information comes as a geographical marker. Jacob’s large family now lives in The Promised Land although they are still considered ‘wanderers’ (sojourners). The land is not yet fully the property of God’s people. Within the first few verses of his story, we also learn that he is 17 and a shepherd with his half-brothers. The other shepherds with him are the sons of Rachel and Leah’s maids; Dan, Naphtali, Gad, and Asher. So they are fairly low down on the power scale. These are the brothers of the least amount of standing in the eyes of the other brothers. Apparently it was okay to lump Joseph in with them because of his youth. Joseph has a couple of things working against him as the story progresses. First of all, Jacob favors him above all of his other sons. You would think that Jacob might have learned how bad of an idea that was from his own parents mistakes, but apparently he didn’t. Not only does Jacob favor Joseph, everyone knows that he has a favorite as Jacob makes Joseph a “coat of many colors”. The only people who got to wear coats of that sort were royalty and leaders. Talk about giving your big brothers a reason to beat you up!

Then Joseph creates a bit of his own drama because he is a man of prophetic dreams. That wouldn’t be so bad except he can’t seem to keep his big mouth shut and stupidly tells the dreams to his brothers and father. Maybe should have kept that information to himself! Joseph also apparently is a bit of a tattletale. His older brothers did something that would have been seen as wrong in the eyes of Jacob, so of course he runs home to tell dad. Not the way to win people over to your side! All three of these strikes will lead to trouble for Joseph but what we will see is that every single outcome is in the hand of God.

Joseph’s story is fascinating and in many ways delightful. Yes, he will fall into slavery; but God makes the most of that event and this is a story of God’s power to make use of the lives that are submitted to Him. We won’t find Joseph stumble morally at all and for that reason, I am truly drawn to His story.