A Nation Is Born


When you condense the story of Jacob’s family down into one reading – well, it’s pretty bizarre. Here’s one man, married to sisters, who include their personal servants in the mix and wow – what a mess. It is possible that Jacob was living with 4 women who may have actually been pregnant all at the same time. We’re not told how long it takes Jacob to grow this family into 4 wives and 12 children (number 13 comes along later), but it seems to happen in less than 10 years. This all happens while he serves out his second 7 years with Laban, so we know it takes at least that long. As for the wives; Leah is just trying to get Jacob to love her and Rachel wants to eliminate the negative stigma that went along with being childless. Jacob left a dysfunctional family behind only to create a new one.


What’s with the mandrakes, you may ask. They are a root vegetable that tends to grow in the pattern resembling the lower half of the human body. As such, they were believed to have “magical” powers to bring about a pregnancy. Rachel and Leah were not above using whatever means they could think of to create children. 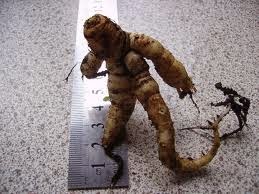 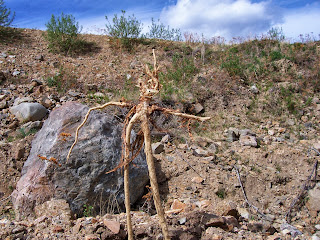 Ultimately, God creates a huge nation out of this rather wild family situation. Out of all these sons, only three of them figure largely in God’s story. Levi, (the third son of Leah), is the father of the priest class, Joseph (the first son of Rachel) is the one who saves God’s people from starvation, and Judah (the fourth son of Leah) is the line through which God brings the Messiah. While Rachel was the wife that Jacob loved the most, Leah is the woman through whom God sends us Jesus. God’s plans are never bound by our ideas or desires.


Whenever I read a story such as this in the Bible I am reminded that there is nothing new under the sun. Our dysfunctions and foibles are nothing new. No matter what we get ourselves into God’s plan will always emerge triumphant. I’m fairly certain that Jacob often looked around at his 4 wives and 13 children and just shook his head. There must have been moment of absolute chaos among fighting women and numerous children born very close together. But, it was the life that Jacob chose to have and it was the family through which God chose to bless the world.