6Now when Jesus was at Bethany in the house of Simon the leper,
7a woman came up to him with an alabaster flask of very expensive ointment, and she poured it on his head as he reclined at table.
8And when the disciples saw it, they were indignant, saying, “Why this waste?
9For this could have been sold for a large sum and given to the poor.”
10But Jesus, aware of this, said to them, “Why do you trouble the woman? For she has done a beautiful thing to me.
11For you always have the poor with you, but you will not always have me.
12In pouring this ointment on my body, she has done it to prepare me for burial.
13Truly, I say to you, wherever this gospel is proclaimed in the whole world, what she has done will also be told in memory of her.” 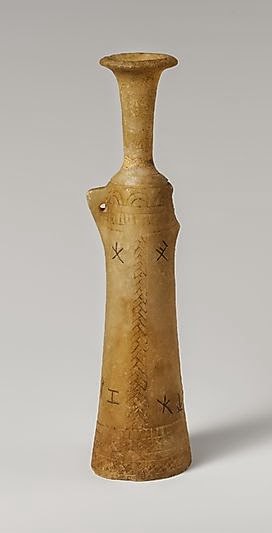 As the end of life draws near it is natural to want to spend that precious remaining time with your beloved friends and family. Last weekend my father-in-law was placed into Hospice care and even now family and friends are gathering around this man to share moments with him that will not happen again. He has always been a kind and gentle person with a quick smile and a vast willingness to help out in any way that he could. So the list of people who love him and want to share some time with him is long. While it is a sad time it is also beautiful to see. In our reading for today we are watching as Jesus spends His remaining time with those who love Him. Recorded in all four Gospels is this story of “a woman” who anoints Jesus with nard. It is an easy story to just pass over but to do that is a foolish waste of a great story.

“The woman” in this story is identified by the other Gospel writers as Mary (as in Mary, Martha, and Lazarus who were siblings). This family lived in the city of Bethany which is just outside of Jerusalem. Jesus has recently raised Lazarus from the dead and He and His disciples are welcomed into this home for a meal. As the assembled group is enjoying one another’s company, Mary appears with an alabaster jar that is filled with nard. These alabaster flasks were a “one time use only” type of container. They were small and had a long skinny neck that could be broken off. Once opened all of the oil had to be poured out as the container was now destroyed. The flasks were sealed as nard was very expensive fragrant oil created from the Valerianaceae plant grown in the foothills of the Himalayas. The pure expense of this gift has led many to believe that that family was probably a family of some means.

For Jewish people there were two reasons to anoint a person; they were to become the king or they had died. Jesus fits both of these categories. He had not yet died but the circumstances of His death would prohibit the completion of that custom after His actual death. Mary has taken care of Him in advance. The disciples, led apparently by Judas this time, seem to think this is terrible waste of money. Other references in the Gospel let us know that Judas was a thief and although he held the purse for the group, he stuck his hand in there for his own benefit when it suited him. This comment made about Mary’s gift shows a complete lack of understanding and piously calls her out-pouring of love into question. Sadly the other disciples appear to agree with him. Jesus proclaims this to be a “beautiful thing” putting her actions into proper perspective and she is held in a place of honor for her humble service to Jesus.

For me Mary’s actions are so completely bold and humble in the same moment. Put yourself into her shoes for a moment. The room is filled with people who know and love Jesus. And the crowd is probably mostly male. Yet she humbles herself in front of the whole group because Jesus is the most important person in the entire world. She does not care what the others thought of her. After anointing His head with the perfume she wipes Him off with her hair. A Jewish woman did not expose her long hair to the people; she kept it up and probably hidden. She falls to her knees and then wipes that same oil that is now in her hair on Jesus feet – in front of everyone. As the room is filled with the wonderful fragrance of this perfume, I doubt if the cruel words of Judas had any impact upon her at all because for her the only person in the room was Jesus. That kind of devotion does indeed inspire me toward the same.