Judges 2:16-23
16Then the Lord raised up judges, who saved them out of the hand of those who plundered them. 17Yet they did not listen to their judges, for they whored after other gods and bowed down to them. They soon turned aside from the way in which their fathers had walked, who had obeyed the commandments of the Lord, and they did not do so. 18Whenever the Lord raised up judges for them, the Lord was with the judge, and he saved them from the hand of their enemies all the days of the judge. For the Lord was moved to pity by their groaning because of those who afflicted and oppressed them. 19But whenever the judge died, they turned back and were more corrupt than their fathers, going after other gods, serving them and bowing down to them. They did not drop any of their practices or their stubborn ways. 20So the anger of the Lord was kindled against Israel, and he said, “Because this people have transgressed my covenant that I commanded their fathers and have not obeyed my voice, 21I will no longer drive out before them any of the nations that Joshua left when he died, 22in order to test Israel by them, whether they will take care to walk in the way of the Lord as their fathers did, or not.” 23So the Lord left those nations, not driving them out quickly, and he did not give them into the hand of Joshua. 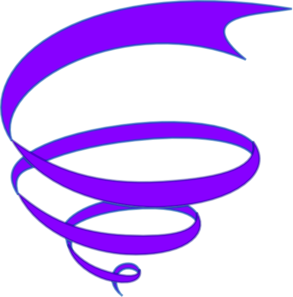 Now the writer of Judges takes a moment to summarize the entire experience of Israel during the time after Joshua’s death, leading up to King Saul. This period lasts almost 400 years but is marked by an ever diminishing faithfulness to the Lord. We find that the cycle described in the post from September 19 isn’t actually a circle by a funnel.

The cycles never return Israel exactly to the same place spiritually. The combined cycles are more like a downward spiral. With each loop the apostasy is more distressing. With each loop the Lord’s patience is pushed a bit further. With each loop the judge’s character is less impressive. With each loop the land has less rest. After the fourth cycle, things break down to the point that we hear no more of rest. The last three cycles describe chaotic times. The short stories at the end of the book depict moral and spiritual confusion. Twice we are told, “In those days Israel had no king; everyone did as he saw fit” (17:6; 21:25). The whole system fell apart finally. The collapse that ended the period of the judges is recorded in the opening chapters of 1 Samuel. There we read of the corruption of the priesthood and how the ark of the covenant, the symbol of God’s abiding presence, fell into pagan hands.
Lawrenz, J. C. ©1997. Judges, Ruth (p. 41). Milwaukee, WI: Northwestern Pub. House.

Isn’t that just the way it is with sin? Just when you think you might have it conquered it lifts its ugly head and the battle ensues all over again. Just this morning I was discussing donuts with a lady who is here at church for Bible Study. She was commenting on how miserable one donut made her feel last week and how she promised herself she wouldn’t do that again knowing full well that she would. That’s the power of sin. The world, the devil, and our own flesh war against us on a constant basis.

In Judges we find God sending human leaders who would act as His spokespersons. He uses their leadership to drag the people back from their destruction and restores them to the land He had given them. But as we will see, they never come all the way back and their next slide downward is already in place. These human judges provide only temporary relief.

Here is where knowing the rest of the story takes on vital importance. Without the Gospel of the New Testament we would still be caught up in that spiral and life would be nothing but misery. But God replaced those human Judges with the True Savior, Jesus Christ. His work is not temporary but eternal. Yes, we may still be caught in the daily struggle against sin (as Paul so clearly illuminates in Romans 7 – “The good that I want to do, I don’t. The evil that I don’t want to do, that is what I do.”) But we have divine hope because Jesus defeated sin, death, and the devil on the Cross of Calvary. We have only to look at Him and find that our future is secure because ALL of our sin was covered in the blood on that cross. We may return to that donut, or that porn, or the gossip . . . name your own pet sins. But Jesus died once on the cross for all of it. His is a permanent solution to our eternal problem. No more temporary human saviors need apply for we are already covered.